Sports as a tool for Peace in Africa 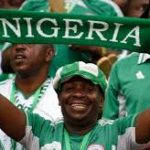 Many people believe that Peace in Africa can only be created through treaty making and diplomacy but little effort is directed towards sports in search for peace, sport has been underestimated and not seen as a factor in the peacemaking process as various groups of people are engaging in sports activities to create peace.

Sport is a unifying activity that have been flawless as a means of healing of hatred and it has risen above differences among cultures, regions and nations.

Sport has also surpassed politics in peace building, from the Olympics to the world cup, we see how African nations come together, to support their fellow African nation in competitions

sports can be used to achieve peace in Africa because it is a known fact that sports is a tool to enhance peace in society. We understand that sports are mainly used as a career, for leisure and entertainment, for business or for financial gain among other purposes

On the global scene, world leaders have used sports as a means to promote peace and unity, such as the 1971 Chinese-American reconciliation through ping-pong that ended two decades of unfriendly relations between the two superpowers, while in 2008 the presidents of Armenia and Turkey used a World Cup qualifying match between their national teams to reopen diplomatic dialogue.

Organizations around the world also seek to eliminate hatred and bridge cultural divides by getting warring groups to play sports together, uniting Protestants and Catholics in Northern Ireland, blacks and whites in South Africa, Israelis and Palestinians, and Turkish and Greek factions in Cyprus.

Former France and Juventus FC football international star David Trezguet visited Some African Countries to promote peace through sports. These acknowledges the importance of sports towards the attainment of peace in Africa, you will quiet agree that one of the reasons that Commonwealth Games was created was to make us love each other, and use the power of sports to overlook our differences.

If this spirit of building peace through sports continues in Africa, peace  will flourishes in Africa.